As a specialty, data science is young. It grew out of the fields of statistical analysis and data mining. The Data Science Journal debuted in 2002, published by the International Council for Science: Committee on Data for Science and Technology. By 2008 the title of data scientist had emerged, and the field quickly took off. There has been a shortage of data scientists ever since, even though more and more colleges and universities have started offering data science degrees. 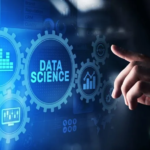